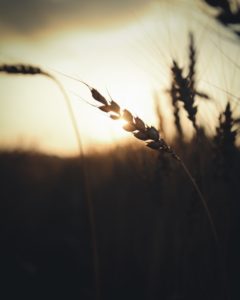 Jesus Christ was the only sinless human that ever walked on Earth. Yet despite the fact that Jesus never sinned, nor did any deceit come out of his mouth, jealousy and envy found a way to crucify him. Interestingly, in Matthew 27:18 KJV, Pilate states that envy was the reason that Jesus Christ was delivered to him for crucifixion.

I believe this is a liberating concept for any sinner who has been called out of darkness into the light; and has former sin still chasing behind them. We can look towards Jesus for comfort in the fact that even as holy, perfect and sinless as he was, persecution and envy still found a reason to crucify him.

Enduring persecution? Enlightening to imagine that even if you strive for the purest and uttermost sinless perfection, persecutors will find a reason. I’d go a step further to state that if a reason can’t be found, hatred and envy will inevitably create a reason.

I find that praying and striving for greater spiritual maturity helps as I try to work towards becoming more like Jesus and growing in peace that:

I imagine that Jesus was envied by well educated doctors, priests, government officials, wise men, sorcerers, magicians etc; as they heard people proclaim miraculous acts of a young man named Jesus Christ, who for example, made a blind man see by rubbing dirt in his eyes (John 9:6) and brought a man named Lazarus back to life? (John 11:41-43).

Could you imagine the city and state officials discussing the healing Jesus produced on a man who could not be contained by chains, who cried out day and night and cut himself with stones? Envision the city and state officials arriving to investigate the pig herders complaints that Jesus commanded a man’s demons to enter into two thousand pigs, who then ran into a lake and drowned. Consider the official’s dismay at the demon possessed man, sitting on the scene, clothed and in his right mind? (Mark 5:4 -15).

Jesus was responsible for many miracles that may have led others to envy. Do you think envy was the reason the crowd chose to release Barabbas (convicted criminal) and to crucify Jesus Christ an innocent man? Can you share any personal experiences or thoughts about the dangers of envy and how it might apply to society today?