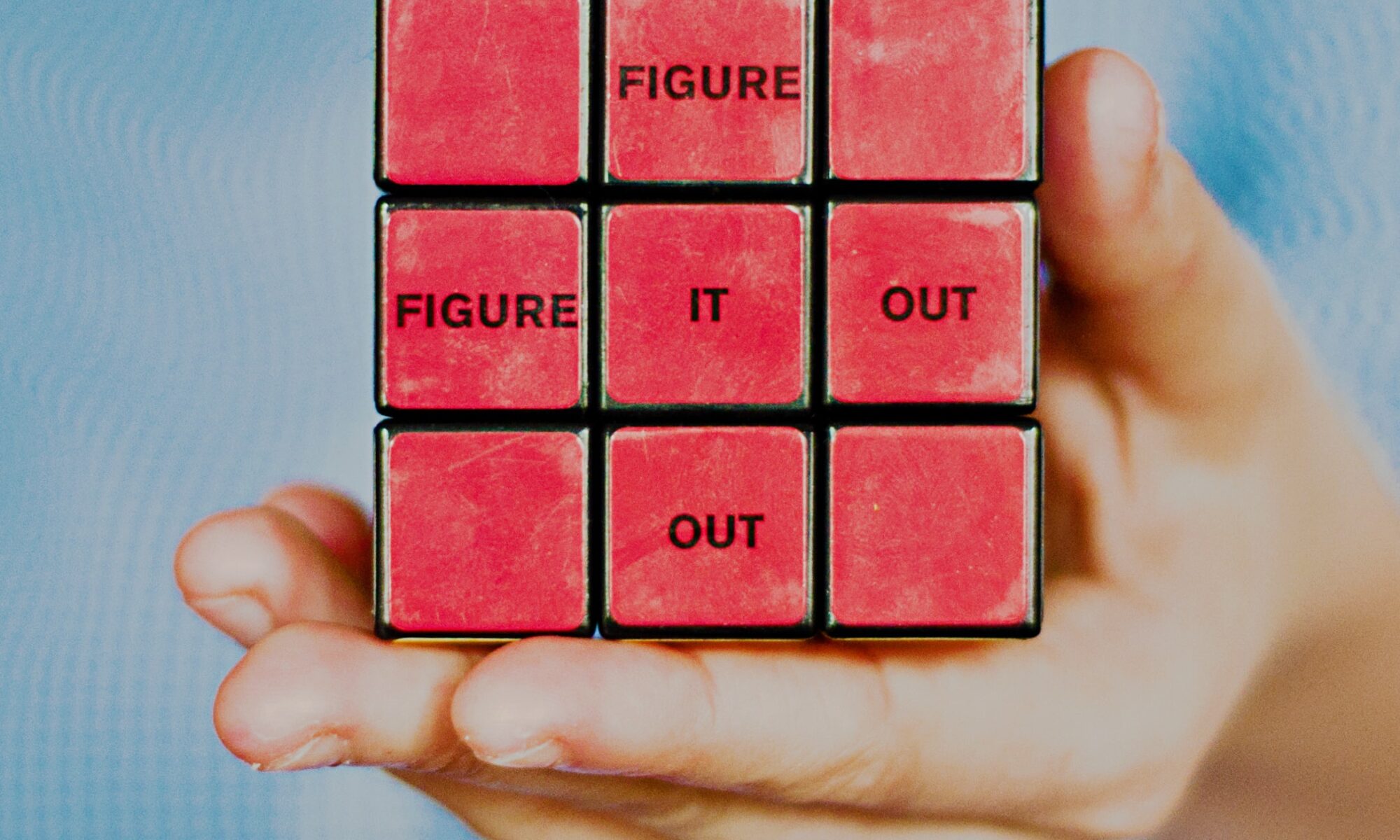 In my early twenties I remember studying for the LSAT as I initially wanted to be a civil liberties attorney. The LSAT is a logical reasoning and comprehension test that you need to pass in order to enter into law school. Fourteen years later, I’ve not taken the exam again: however, I remember how the test forces your brain to create fact based logical arguments that draw a fact based conclusion.

I feel the test is difficult for many because our minds are programmed to   draw conclusions from personal opinions, the opinions we’ve inherited or ideas derived from social biases. I was baptized in April 2016 and have been on a personal journey to read the Bible, explore the scriptures, spend intimate time with Yah, test, and meditate with the ultimate objective to come to my own, independent, non-inherited, non-denominational statement of beliefs. Oddly, I feel this world consists primarily of people who inherit beliefs and traditions and never feel moved to question or explore the roots and basis for them. Many have never read the Bible and in today’s society it’s a matter of people proclaiming their church leader knows more than you or another church leader.

I’ve gone through some significant changes in my life since 2016. One being raised to celebrate pagan holidays and being moved to research the historical roots and biblical scriptures. I’ve stopped celebrating pagan holidays 6 years ago and made a 360 degree change against the traditions I was raised to participate in, as I feel they are rooted in paganism which disrespects my Lord.  Also, a couple years ago, I transitioned from Sunday observance to the 7th day holy Sabbath and recognition of God’s holy days in the Torah. At the same time, I feel as though God has revealed to me an understanding of how the enemy is working with those who have secretly kneeled down to the service of greed (aka) mammon and how believers are globally being impacted by it if they discuss truth or if their testimonies don’t coincide with the carnal worldly system and the agenda of Babylon.

As I explore truths, I’ve spent quite a lot of time comparing the Old Testament with the New Testament and Jesus Christ’s teachings and the Epistles of Paul. I feel compelled to apply logical reasoning and create scriptural-based, factual arguments to provide me with conclusions of truth. Like the LSAT test, your opinions, biases, family traditions, inherited denominational beliefs all need to be placed aside and to find Biblical truth, I need to have fact based logical reasoning. I’m uninterested, in any Bible commentary, unmoved by the most revered, influential worldly proclaimed theology experts, what I’m seeking is scriptural, fact-based arguments that provide a scriptural conclusion and truth. The only way, you can disprove that scriptural truth, is through scripture.

Some might wonder why I feel this is so important and I believe our salvation is at hand. Satan deceives the entire world and if it were possible, he’d deceive the very elect.  If you meditate on that fact alone and there’re 144,000 elect and we have over 7 billion people in the world, there’s truly no safety scripturally in group think, the highest majority is correct. I also feel that the exploration will only lead to truth and if my argument is invalid, I will be led back to sound doctrine by the scripturally reasoning practice. The practice is enforcing me to scripturally “prove it.”

Example: What scriptural basis does Paul have in the Bible to create and add his own epistles? Without quoting Paul or his own writings, can you provide a direct scripture from the mouth of the Father or Jesus authorizing Paul’s addition of his own Epistles?

Fact 1: We’re not supposed to add to the Bible without the Father’s permission?

Deuteronomy 4:2
2 Ye shall not add unto the word which I command you, neither shall ye diminish ought from it, that ye may keep the commandments of the Lord your God which I command you.
Deuteronomy 12:32
32 What thing soever I command you, observe to do it: thou shalt not add thereto, nor diminish from it.
Fact 2: We had authorization from the Father to hear Jesus.
Matthew 17:5
5 While he yet spake, behold, a bright cloud overshadowed them: and behold a voice out of the cloud, which said, This is my beloved Son, in whom I am well pleased; hear ye him.
Luke 9:35
35 And there came a voice out of the cloud, saying, This is my beloved Son: hear him.
Fact 3: Father tells us to listen to Jesus and Jesus tells us to listen to the Father and that we have only one teacher and master.
Deuteronomy 8:3
3 And he humbled thee, and suffered thee to hunger, and fed thee with manna, which thou knewest not, neither did thy fathers know; that he might make thee know that man doth not live by bread only, but by every word that proceedeth out of the mouth of the Lord doth man live.
Matthew 4:4
4 But he answered and said, It is written, Man shall not live by bread alone, but by every word that proceedeth out of the mouth of God.
Matthew 23:7-11
7 And greetings in the markets, and to be called of men, Rabbi, Rabbi.
8 But be not ye called Rabbi: for one is your Master, even Christ; and all ye are brethren.9 And call no man your father upon the earth: for one is your Father, which is in heaven. 10 Neither be ye called masters: for one is your Master, even Christ. 11 But he that is greatest among you shall be your servant.
Fact 4: Paul self-proclaims he has revelations from Jesus. There’s no verification from the Father that he’s permitting Paul to create and add his own epistles.
Galatians 1:12
12 For I neither received it of man, neither was I taught it, but by the revelation of Jesus Christ.
Fact 5: Paul claims all scripture is inspired by God. Yet both Jesus and the Father tell us in scriptures (Deuteronomy 8:3 & Matthew 4:4) that we are to listen to the words directly from Father and Jesus.
2 Timothy 3:16-17
16 All scripture is given by inspiration of God, and is profitable for doctrine, for reproof, for correction, for instruction in righteousness:

17 That the man of God may be perfect, thoroughly furnished unto all good works.

Fact 6: On the road to Damascus, the scripture states that Paul encountered Jesus.

Matthew 24:5
5 For many shall come in my name, saying, I am Christ; and shall deceive many.
Acts 9:5
5 And he said, Who art thou, Lord? And the Lord said, I am Jesus whom thou persecutest: it is hard for thee to kick against the pricks.
Fact 7: KJV Bible dictionary defines “Christ” as “Jesus.”

Christ: Anointed, the Greek translation of the Hebrew word rendered “Messiah” (q.v.), the official title of our Lord, occurring five hundred and fourteen times in the New Testament. It denotes that he was anointed or consecrated to his great redemptive work as Prophet, Priest, and King of his people. He is Jesus the Christ (Acts 17:3; 18:5; Matthew 22:42), the Anointed One. He is thus spoken of by Isaiah (61:1), and by Daniel (9:24-26), who styles him “Messiah the Prince.”

Acts 9:6
6 And he trembling and astonished said, Lord, what wilt thou have me to do? And the Lord said unto him, Arise, and go into the city, and it shall be told thee what thou must do.
Fact 8: The word “Lord” in Acts 9:6 can pertain to Sir or a human master.

1) he to whom a person or thing belongs, about which he has power of deciding; master, lord

1a) the possessor and disposer of a thing

1a1) the owner; one who has control of the person, the master

1a2) in the state: the sovereign, prince, chief, the Roman emperor

1b) is a title of honour expressive of respect and reverence, with which servants greet their master

1c) this title is given to: God, the Messiah

Fact 9:  We can’t scripturally prove that Saul repented and was properly baptized in Acts 9:17-18.

17 And Ananias went his way, and entered into the house; and putting his hands on him said, Brother Saul, the Lord, even Jesus, that appeared unto thee in the way as thou camest, hath sent me, that thou mightest receive thy sight, and be filled with the Holy Ghost.

18 And immediately there fell from his eyes as it had been scales: and he received sight forthwith, and arose, and was baptized.

(Direct, biblical instruction from Jesus).
Matthew 28:19
19 Go ye therefore, and teach all nations, baptizing them in the name of the Father, and of the Son, and of the Holy Ghost:
20 Teaching them to observe all things whatsoever I have commanded you: and, lo, I am with you always, even unto the end of the world. Amen.

Meditation: If you cut out Paul’s epistles and people listened to the Father and Jesus only, what would the church structure look like?

Paul writes the doctrines of law and grace, lists the characteristics required of church leadership, creates a paid church hierarchy, defines the fruits of the holy spirit, implements control mechanisms if people don’t follow his epistles, even to the extent of stating if you don’t follow them you’re accursed.  (Galatians 1:8) Abolishes the need for laws, teaches on clothing apparel and godly lifestyle etc., and defines women’s roles in the church.

8 But though we, or an angel from heaven, preach any other gospel unto you than that which we have preached unto you, let him be accursed.

If we listened to Jesus and truly only received the Father and Jesus’s words, how might that change the church today? We are brethren, and share one Father and he can provide unique scriptural insights to all of his children. We see this easily available by social media platforms such as Utube, when everyone can create a channel and share their scriptural insights as opposed to primarily hearing the insights of one individual or a small selection.

I feel God often will plant a seed of insight that differs from the other members of the spirit body and when believers collectively share you feel a sense of joy as they reveal something you’ve never considered before and it brings you closer to miraculous power of YAH and confirmation that his spirit is at work in our lives.

Often, in society there’s a sense of fear over biblical misinformation, yet how many Christian denominations differ in their statements of faith for thousands of years and new denominations continuously form and are adopted. You can’t control how people interpret the scriptures; however, you can independently read the Bible yourself to ensure your interpretation is personal and not the conclusion of someone else.

I feel it’s imperative to know and understand if God truly permitted Paul’s epistles as biblical teachings. Again, the Father granted Jesus permission in Matthew 17:5 and Luke 9:35 when he told us to hear him? To hear Jesus. If we don’t answer this with scriptural accuracy, is the salvation of mankind not in jeopardy?

5 While he yet spake, behold, a bright cloud overshadowed them: and behold a voice out of the cloud, which said, this is my beloved Son, in whom I am well pleased; hear ye him.

35 And there came a voice out of the cloud, saying, this is my beloved Son: hear him.

(Please note:  No scripture from what I can find, notes the Father stating “Hear Paul.”)

(Ending with a quote from Jesus).

4 And when he putteth forth his own sheep, he goeth before them, and the sheep follow him: for they know his voice.

5 And a stranger will they not follow, but will flee from him: for they know not the voice of strangers. 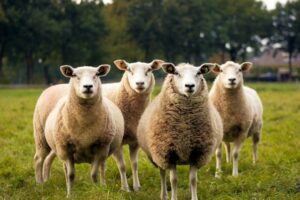