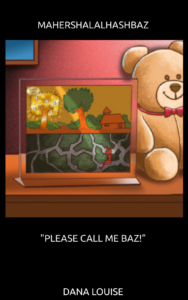 An enlightening children’s story (ages 5-10) about an ant named, Mahershalalhashbaz,  who prefers to be called “Baz.” 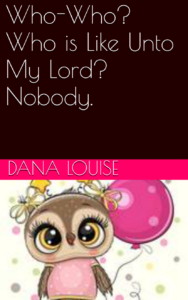 Inspired by KJV and it’s “Shakespeare-ee” type verses (see Exodus 15:11), this book is created for children to bring joyful praises to the Lord. My hope is that families will enjoy continuing the story by adding their own verses to bring more glory and praise to YHWH. 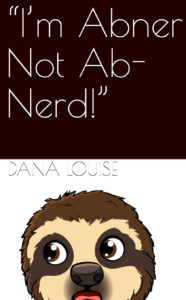 Inspired by the Bible verse Joel 3:10, I’d like you to meet Abner, a young boy whose baseball team’s pitcher, Billy Bullae is taunting him, “Hey everyone! Ab-Nerd bats with a sloth-speed, great if he competes with a sloth-team!”

Questioning himself and the validity of Billy’s statements, Abner begins to come into agreement with the negativity as he starts to verbally affirm to himself, “I’m a Sloth?” With each negative affirmation, Abner begins to see his reflection start to change into a sloth!

Abner’s devastation leads him into a silly encounter involving his Uncle’s parakeet which helps to alter Abner’s use of negative verbal statements. The learning experience from the ordeal leads Abner to positively affirm his way to victory by overcoming personal defeat.

Joel 3:10 Beat your plowshares into swords, and your pruning hooks into spears; let the weak say, “I am strong.” 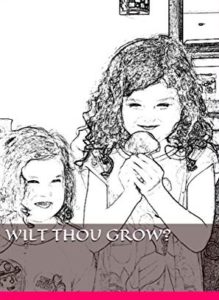 Inspired by the Parable of Jesus Christ and the fig tree (Matthew 21:18-22), a children’s short story that utilizes a silly encounter Aunt Dorcas has with her two nieces while babysitting. The story is geared towards anti-bullying prevention while creating a visual learning tool for children to understand the impact that kind and negative words have on others. Wilt Thou Grow uses the analogy of a flower that grows with positive words and wilts with negative. The analogy is then applied towards child communications. 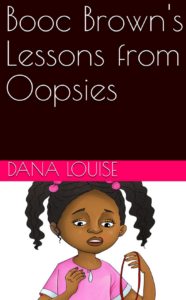 Inspired by the Bible verse Romans 8:28, this children’s story takes children through a series of silly mistakes that have a funny way of working out. The story is aimed at children who are being highly over critical of themselves, geared to leave an impression of acceptance and understanding that mistakes happen.

Romans 8:28 And we know that all things work together for good to those who love God, to those (A)who are the called according to His purpose.